Your source for all WAMEA news & events

OTTAWA—Transport Canada admitted Tuesday it is short of nearly 100 inspectors whose job is to check for safety problems at air carriers.

The Canadian Federation of AME Associations (CFAMEA) held their Annual General Meeting 21st and 22nd October 2012, in Toronto, where members from the regional associations gathered on the first day to review their progress for 2012, set objectives and pri

Thank you to our valued sponsors 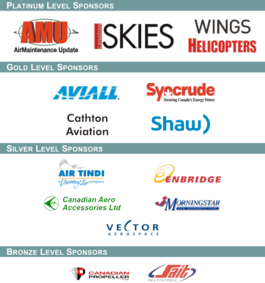 The contest is open to the public and the winning logo will be selected in August 2019 and awarded $250.

A Wager on Wages

Since becoming the president of an association that lobbies for the interests of a segment of the working class, I have taken a keener notice of events that have an impact on workers in Alberta.

The legalization of recreational cannabis in Canada on October 17, 2018, serves as an important occasion to remind the aviation industry of its obligation to operate aircraft in a manner that in not impaired by either alcohol or drugs.

As another symposium and trade show ends, so begins the WAMEA fiscal year 2018-2019. With a new board voted in, and a new year ahead of us, the focus is again the future of WAMEA and the direction we take.

On six occasions, a company permitted a take-off to be conducted in an aircraft which was not maintained in accordance with a maintenance schedule. Penalty: $60,000 **The company has since had their operating certificate revoked

Andrews, William Joseph (Bill/Andy): passed away peacefully and went to be with the Lord on September 19, 2016 at the age of 81 years. Bill will be lovingly remembered and sadly missed by his wife.